In the year 1810, the Washington Fire Club, our first dedicated fire service, was established in the Town of Brunswick. Because of the severity of fires in the 19th century, a citizens' watch was also established. All persons were requested to have holes made in the shutters of their houses and stores, in order that fires might be more easily discovered.

On December 13, 1825, the conflagration known as the "Great Fire" occurred in Brunswick, destroying two factory buildings, five houses, two stores, two saw mills, one grist-mill, and a number of mechanic shops. The temperature that day was recorded at 13 degrees below zero. Sixty-eight people were left homeless and more than fifty were left unemployed.

The following year, the Brunswick Fire Department was organized when the Town appropriated "monies for the purchase of fire protection." In later years, The Kennebec and The Washington Hose company was organized, staffed by two groups of about 40 volunteers.

For more accounts of Brunswick fires, see Wheeler's History of Brunswick, Harpswell and Topsham from the Curtis Library.

In 2010 the department celebrated its 200th birthday with the implementation of a new patch. The patch was designed by a department committee to be very symbolic of the department's history. Everything on the patch, including the selected colors, have historical meaning. View the patch (PDF). 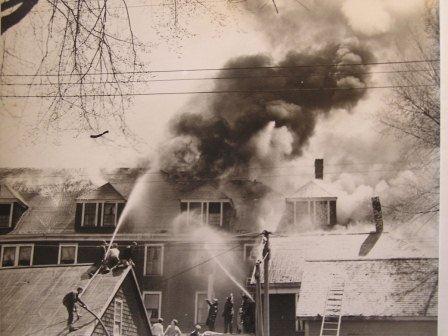 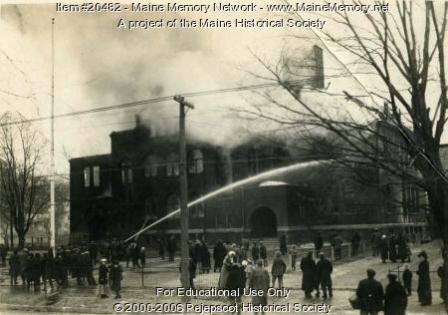 Brunswick's old High School was located on Federal Street; 1915 fire destroyed the school, which was reconstructed and became the Hawthorne School. 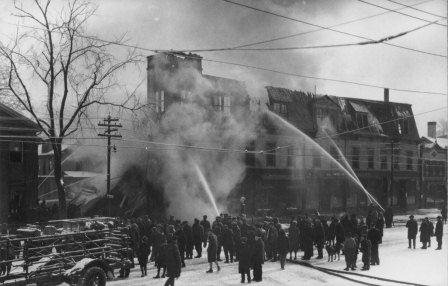 Fire at the Universalist Church, originally located at the corner of Maine and Mason streets, occurred October 4, 1884.