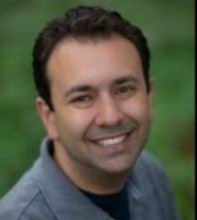 Dan Ankeles has worked as an aide in the Legislature's House Democratic Office since 2012 and is grateful for the opportunity to serve the people of Brunswick at both the state and local levels. Dan has also run Maine House campaigns and worked on the successful 2011 effort to defend same-day voter registration. He started his professional career as a journalist, producing a public affairs call-in program for New Hampshire Public Radio called "The Exchange." In 2004, he earned his undergraduate degree in political science from the University of Chicago. In his spare time, Dan enjoys:

Before joining the Council, Dan served for five years on the Brunswick Recreation Commission and two years on the Rivers and Coastal Waters Commission. Dan, his wife, Catherine, and their two children, have lived in Brunswick since 2011.